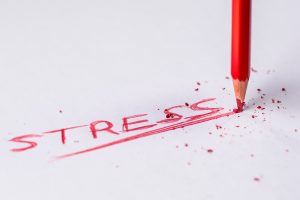 There are many different scientific studies, including one done by the American Medical Association, which showed that stress was a factor in seventy five percent of all diseases. There is a recent study that has linked the effects caused by stress to the heart muscle getting weak. The School of Natural Health Sciences also reports that stress is the cause of many different modern-day diseases.

How Stress Affects the Heart

The GreatLife magazine August 2014 edition reported that researchers from Duke University Medical Center studied the effect of stress on the heart. The reaction of the heart to everyday stressor was monitored.

They were able to discover that the more stress, sadness, and anger a person had, the less the effectiveness of their heart response. This was like pressure being exerted on the heart by the up and down emotions, and the stress forced the heart to stretch beyond normal for it to bounce back to normal.

The Link Between Reduced Heart Rate and Depression

There was another study which showed the link between impaired heart health and depression. Researchers from Yale University and Emory University studied 50 pairs of male twins and hooked them to electrocardiograms for 24 hours. They were able to come to the conclusion that there was a link between reduced heart rate variability (fluctuations between heartbeats) and depression. Having a decreased heart rate variability can lead to the weakening of the heart and makes it more susceptible to sudden fatalities.

Reflexology: A Great Way of Offsetting Stress Without Breaking the Bank

Reflexology is a natural and low-cost option that can help in offsetting the effects of stress on the heart and health in general. Reflexology or massage courses focus on treating the body, mind, and spirit as one unit, and it tries to deal with the cause of the condition, not the symptoms. Reflexology can be a great way of cancelling out the effects caused by stress and helping the body in reaching a place of deep relaxation allowing the body to balance its system.

When the body relaxes, it will be able to deal with stress caused by day to day activities and illnesses. Reflexology is able to achieve this by nudging the body towards a better functioning of its systems. It is effective because it improves lymphatic drainage and venous circulation, muscle relaxation, and the stimulation of nerve pathways.

There was a report published at www.reflexology-research.com on reflexology. There was a Chinese study that showed how reflexology was able to alleviate the effects caused by stress. There were twenty patients who were going through neurasthenia – this is a condition of extreme emotional stress – who received reflexology at the department of physiotherapy at the hospital. This treatment was focusing on the areas of the feet that were related to the kidneys, adrenal glands, bladder, kidneys, brain, sinus, heart, and brain; these are the organs that are affected by stress.

The patients were given the treatment every day for a week, and the results they were able to get were presented in July 1993 at the China reflexology symposium. These results showed 40 percent were completely cured, 35 percent saw a great improvement, 15 percent saw a mild improvement, while 10 percent reported no change.

Reflexology Leads to Release of the Feel-Good Hormones

Reflexology will reduce stress and tension that you have throughout the systems in your body by improving lymph and blood circulation, increasing nerve supply to the cells, and releasing toxins from the tissues of the body. There is also the belief that it leads to the release of endorphins, which have been shown to be crucial when it comes to relieving stress.

The physiological benefits of reflexology will help in facilitating improvements in the assimilation of nutrients by the body, eliminating waste, and stimulation of the immune system. It will help the body in the process of self-healing which will result in better health.

You will also feel good during reflexology – even for people who are not able to go through massage therapy because of physical restrictions. All you have to do is remove your footwear.